BEWARE SUNDERLAND – THE MONSTERS ARE COMING!

Horror hunters and spooky searchers can have the time of their lives in Sunderland from this week – on the trail of some amazing monsters.

And to add to the excitement once they have all been captured there will be the opportunity to “take home” the favourite.

As part of its amazing plans for Halloween, Sunderland BID is creating the city’s first augmented reality trail, which allows anyone who downloads a free app to go monster chasing across the city.

With the aid of a map on the app, scary seekers of all ages can capture the monsters – and at the same time will be notified of special offers from businesses across the city.

Along with the seven virtual creatures, city centre visitors will also be able to use the app to collect images of six monster inflatables – carrying on from the huge success of last year’s Mackie’s Monster and the tentacles on the Bridges’ car park.

The installations – both real and virtual - are everywhere from cafes in the Bridges to the Winter Gardens, from Sunniside to Crowtree Road.

But to find the complete trail will require downloading the app – which will be available from midnight on 23 October.

Once all 13 monsters have been collected, the app offers the opportunity to access the favourite at home – or at any other location.

And anyone who signs up on the main menu for future events and experiences will also be automatically entered into a free prize draw for a £100 Bridges’ gift card.

The Monster Trail is part of a whole host of activities in the run up to Halloween, which includes a virtual parade via Facebook where visitors can also sign up for crafting ideas and activities.

Sharon Appleby, Head of Business Operations at Sunderland BID, said last year’s Lights Out festival in the city was so successful that it was important to offer something even more exciting this time round.

“We recognised that because of the current restrictions we had to do things differently this year,” she said.

“But we’re delighted that, working with Sunderland City Council and everyone who donated via our crowdfunding page, we’ve brought something not only unique for Sunderland, but also for the region.

“The two inflatables we had last year were so popular that this time round we’ve got six scattered around the city and those, coupled with the amazing virtual monsters, are allowing us to keep the spirit of Halloween alive but in a socially distanced way.”

Councillor Graeme Miller, Leader of Sunderland City Council, said: “Last year’s Light’s Out Festival was a huge success and few who saw them can forget the fabulous inflatables at Mackie’s Corner and the Bridges Car Park.”

“I hope this year’s installations will be equally exciting. But I would ask anyone planning to follow the Monster trail to make sure that they’re scrupulous about doing so in a safe social distanced way.

“That means staying two metres apart from anyone outside their own household group or support bubble, wearing a face covering and washing their hands regularly.”

The app will be available via the app store. 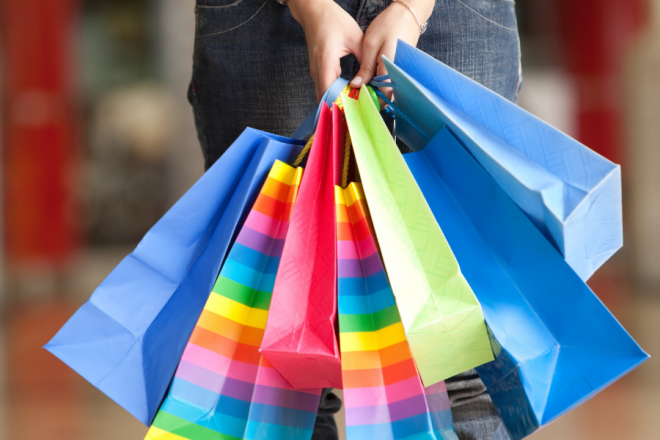 GIVE THE GIFT OF A CITY TO CLIENTS THIS CHRISTMAS…

26 November 2020
Businesses can treat clients and colleagues this Christmas, to a gift card that lays a whole city at their feet.
Image

BRIDGES GIVES THE OPPORTUNITY FOR A GO BIG CHRISTMAS…

24 November 2020
Sunderland's the Bridges is giving retailers and shoppers a much-needed boost, with plans for extended opening hours until Christmas.
Read more news