SUNDERLAND city centre is set for a showstopping addition, with early plans for a large-scale arena and events space revealed for Riverside Sunderland.

Sunderland City Council has set out a game-changing vision for the site of the former Crowtree Leisure Centre, with plans for a massive leisure investment anchored by a new 10,000-capacity, multi-purpose arena, that will bring hundreds of thousands of visitors to the city every year.

As well as this large indoor arena, the multi-use leisure development will feature a food hall, restaurants, a hotel and studios, together forming a unique destination that will have something for everyone.

The council is working with a range of partners to deliver the project, including a UK based industry-leading operator to shape the plans. The project has already attracted over £20m in funding from Sunderland City Council and national Government and will move into advanced design stages if Sunderland’s Cabinet sign off the proposed budget for the scheme.

The new development – which will deliver a huge boost to businesses in the heart of the city – will be a vibrant visitor attraction by day and night.  Together with transformational projects that are underway and planned for the former Vaux Brewery site and Sheepfolds, the arena plans mark an ambitious new phase in Sunderland’s city centre evolution, which council bosses say is about creating an experience-led destination.

Councillor Graeme Miller, leader of Sunderland City Council, said: “The rate of transformation in our city points to the level of regeneration we are delivering for Sunderland, and this development raises that bar higher”.

“We set out an ambition to bring more experiences to the city as part of our Riverside Sunderland investment strategy, and you only have to look at the change to date in the city centre to see that it is more than an aspiration – it’s something we’re determined to make a reality”.

“We’re transforming Sunderland – we’re delivering on our promises to residents – and we’re proud to be spearheading a programme of change in Sunderland that is unlike any period of change in living memory.  This new investment will be an incredible addition to the city centre.”

The scheme will create a much richer mix of attractions and activities in the city centre, with an emphasis on complementing and supporting the existing successful cultural attractions in the city, such as the Empire Theatre, the new Auditorium and the investments in Keel Square including the planned Culture House and the Keel Square Holiday Inn.

The arena forms part of the council’s successful bid to the UK Government’s Future High Street Fund, which is earmarked to enable the demolition of the remains of the former leisure centre and to undertake associated works to accelerate the plans.  The development will be subject to a long-term lease agreement with a leisure operator, the income from which will recoup the council’s initial investment.

To stay up to date with the latest Riverside Sunderland developments, visit www.riversidesunderland.com

City organisations react to the plans

Sharon Appleby, chief executive of Sunderland BID, said: “The most aspirational and successful city centres are those that are able to attract visitors and residents, with a blended offer of retail, food and drink and experience-led leisure.

“Today’s announcement is a significant one, creating a new leisure destination that will attract yet more businesses who want to be part of the city’s journey and who can take advantage of the huge investment and transformation underway in the heart of Sunderland.  This is good news for our existing traders, delivering a facility that will complement the existing offer in Sunderland, and grow Sunderland’s reputation as an ambitious city with world class facilities and attractions.  And its great news for residents, who can look forward to the next exciting stage of the city’s evolution.”

Sir David Bell, vice chancellor and chief executive of the University of Sunderland, said: “I have always said that a strong university needs a strong city and today’s announcement further strengthens Sunderland’s ambition to be a great place to live, work and study.

“We look forward to working with the City Council and other partners as this exciting plan comes to fruition.”

“This is a huge announcement, that will enhance Sunderland’s reputation as a dynamic city and a fantastic place to live, work, study and play.

Natasha McDonough, chair of the Sunderland Area at the North East England Chamber of Commerce and managing director of Sunderland-based MMC Research & Marketing, said: “Developments like this create jobs and opportunities for local people and businesses, as well as boosting trade for the companies already on the doorstep, so it’s a hugely positive step forward for the city to attract investment on this scale.

“The transformation we are seeing in Sunderland city centre is rapid, and the arrival of experience-based leisure will complement the new commercial and residential developments that are progressing right now, helping keep people in the city, spending their money and boosting the economy.” 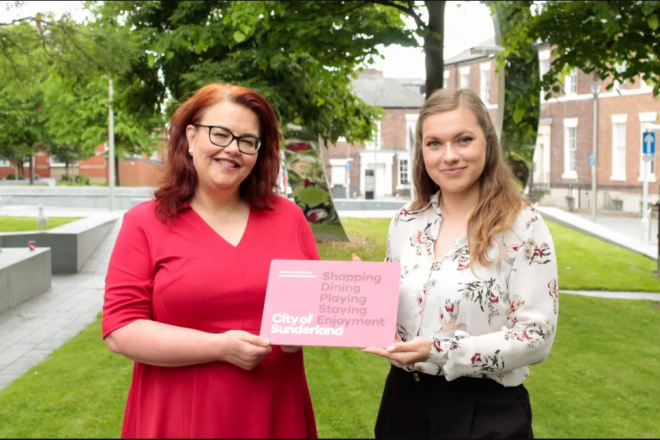 20 June 2022
Participants in Sunderland City Council’s active and sustainable travel initiative will be able to claim the Sunderland Gift Card as a reward, thanks to a new partnership.
Image 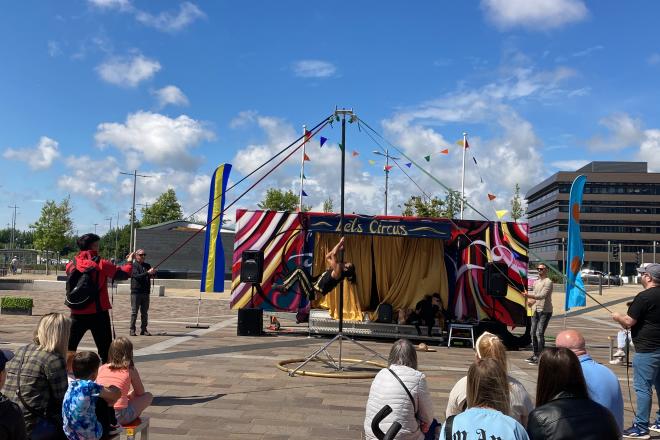 16 June 2022
NORTH EAST residents who are preparing for the arrival of one of the world’s biggest musical icons this weekend (Sun June 19) can get in the party spirit.
Image

SUNDERLAND SOULED OUT FESTIVAL: NOT ACTUALLY SOLD OUT